Happy Christmas to all!

Happy chrimbo everybody - hope you all have a great holiday season!

see ya next year I LOVE THIS CAR!

This notch is just simply fantastic - I WANT IT!!!! 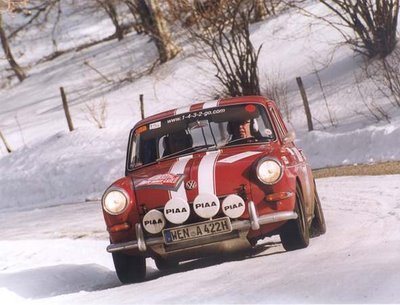 Has anyone got an early type 3 oil cooler and adapter plate going spare?
This is the type used on the early 61 and 62 engines.
it looks like a beetle type oil cooler (but there are some slight differences) and there is a sort of triangular shaped (the shiny bit) adapter plate that goes with it. 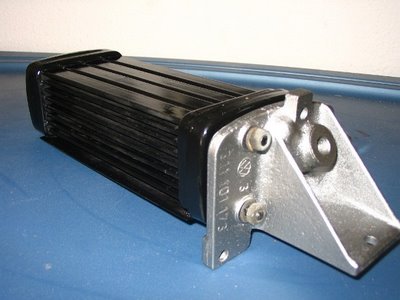 You've just got to love this packaging 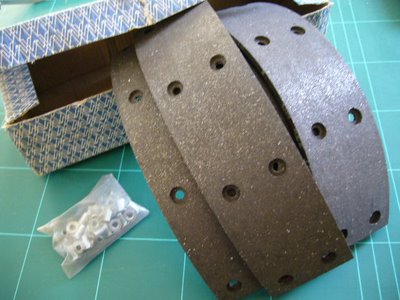 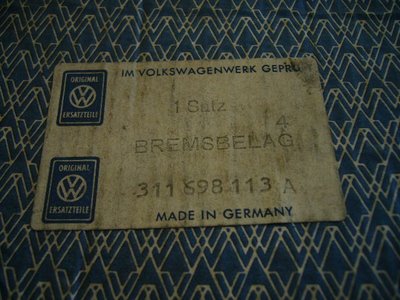 if anyone wants any NOS type 3 damper pipes or tail pipes - contact me via one of my samba adverts (click parts for sale button) - I've got a few going spare! 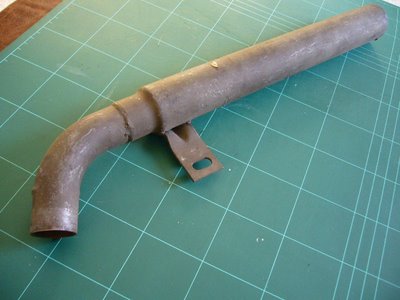 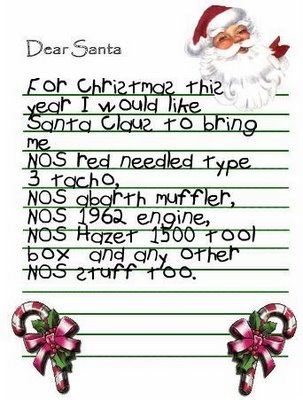 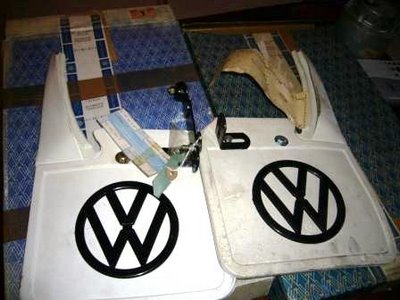 Who can guess the part? 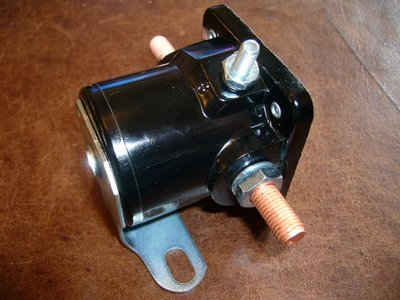 Another fleabay bargain arrived in the mail the other day - 1 x NOS 6 volt Type 3 generator! 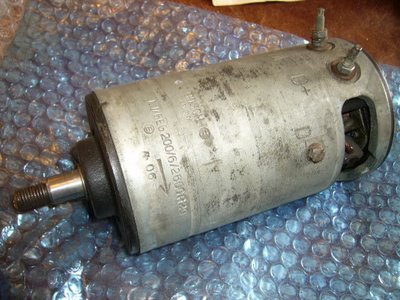 Got these today in the post from Steve Seal on ebay - NOS German made accessory for VW Type 3's.
These cool accessory 'Vibrationspolsters' were made in West Germany in the 1960s by Mulco. They fit into the door shuts of Type 3 vehicles where the door screw caps would sit. There is a set, upper and lower, left and right.
The text in German says: 'Fur den VW 1500 werden die Polster wie folgt angebracht: Die gerauschdampfenden VIBRATIONSPOLSTER passend fur VW 1500'
The idea is that they stop your doors rattling apparently. don't know whether to fit them or just keep them in the ever growing NOS collection! 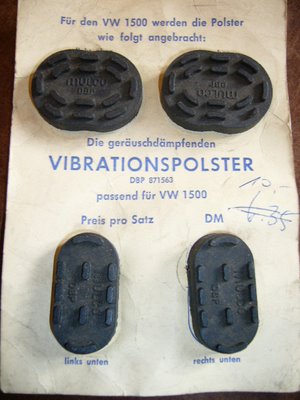 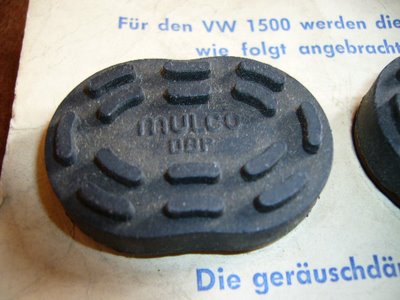 Chris Palomba's 62 Square is well under way now and looking pretty cool! - body is now at the paint shop so this is the last photo until it's finished as the rest of the work is top secret - expect the vehicle to debut at the 2007 Volksworld show! best of luck Mr P. 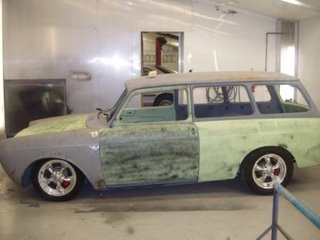 Sorry for being slow on the blog posts this week - I've been away in Istanbul on business. 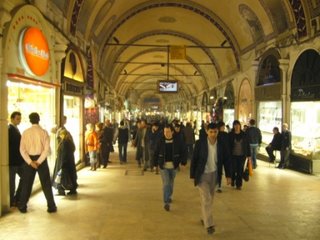 Who knows what goes on in this establishment! 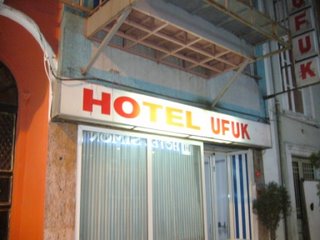 Nice flight back - weather was awesome and could see the ground all the way through europe - landed in Stansted - and you've guessed it - it was raining! 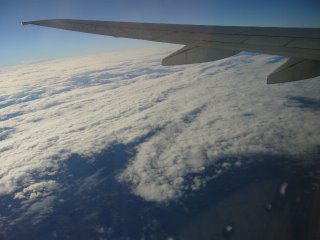 Some videos for you all !

Proof that I drive it!

A quick blast around Sherwood Forest

Had quite a productive afternoon today. The sun was shining so I did a bit more tinkering on the engine. As some of you will know, my 62 didn't come with the correct engine - I think it's out of a 65 or 66 ????
Since getting it I've started trying to make it look as close to a 62 engine as I can. This has involved putting on a single side draft carb and manifold, correct 62 fuel pump, fuel pump cover etc....................

Well, to continue the illusion, Per over in Sweden hooked me up with a rebuilt 62 dizzy and an SP247 kit - I hadn't got a clue really what it was for but after looking into and asking a few questions, it was a service kit supplied for dealers to fit to single carb vehicles to try to improve pedal / throttle response.

There was nothing wrong with my throttle but seeing as I had it, I thought I'd better put it to good use.

You replace one of the crank case bolts with a special one with a spindle attached onto one end of it. the throttle linkage then hooks onto the spindle and there is one extra linkage in the circuit. Can't say I've noticed any difference but it's a "nice to have" 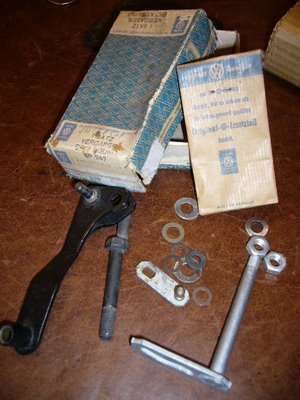 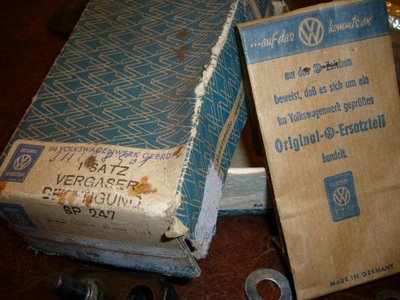 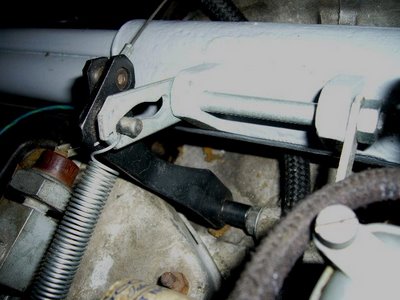 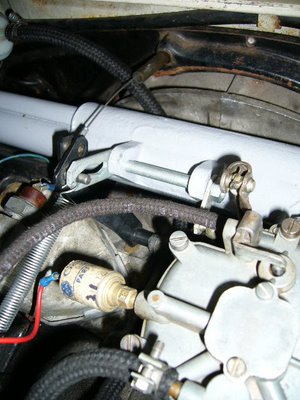 My buddy Andy is selling his truly amazing 911 SC Targa - this car is the dogs danglies!
click the photo for more info! 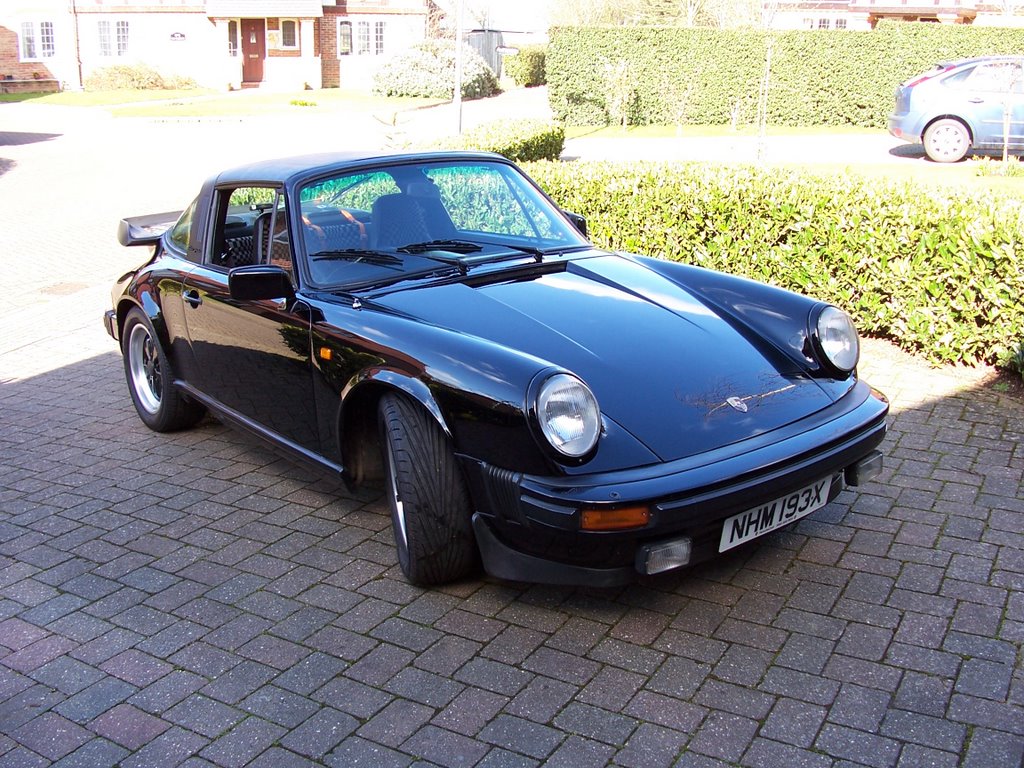